Thanks to Chris Meek for bringing this to my attention – an excerpt from a recent article in the NY Times.  Rubio (in red @ 35%) is on top, but the path is choppy compared to the solid upward trends of Cruz (in blue @ 26%) and Trump (in yellow @ 23%).  Bush is in gray @ 10%.  The vertical lines are the dates of the debates to date.

The Money’s on Rubio — Barely

Prediction markets’ tracking of the four candidates seen to have at least a 10 percent chance of winning the Republican nomination, as of Dec. 24. 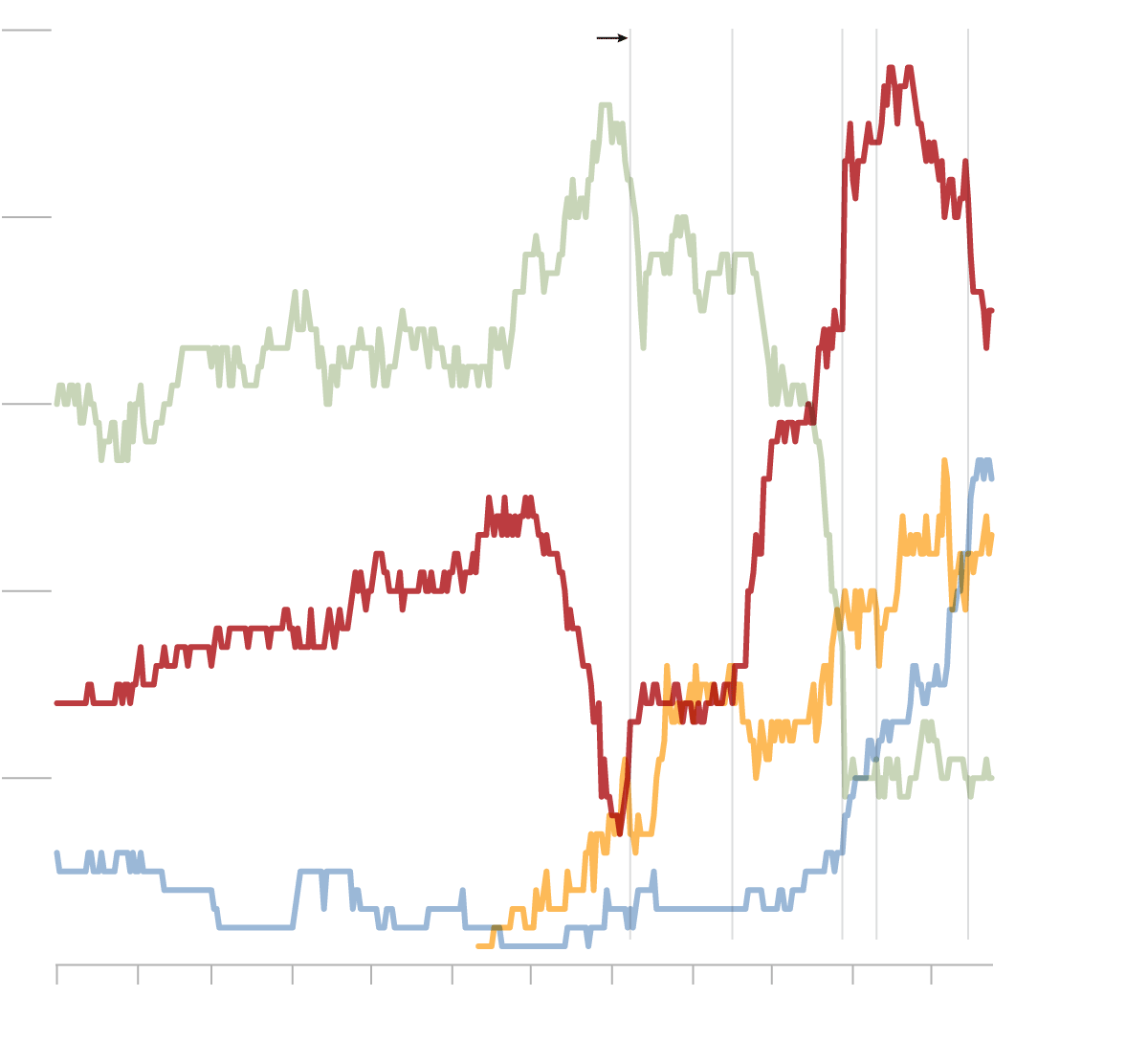 From the Times’ Steven Rattner:  “While Hillary Clinton appears to be cruising to the Democratic presidential nomination, the sprawling Republican field has felt like a celebrity boxing match in which Donald J. Trump has taken on all comers. But although Trump leads in nearly every national opinion poll, the prediction markets (in which real people bet real money) have been mostly skeptical of a Trump nomination. Throughout most of the spring and summer, Jeb Bush led the pack. More recently, his lackluster campaign caused him to falter in the betting while the star of Senator Marco Rubio has risen sharply. Before despairing about Mr. Trump’s winning his party’s nomination, let’s remember that the prediction markets have a better record of forecasting election outcomes than polls and pundits.”

Get expert advice about Finance for Equipment, Real Estate, and Motor Vehicles